Please use these most recent materials: 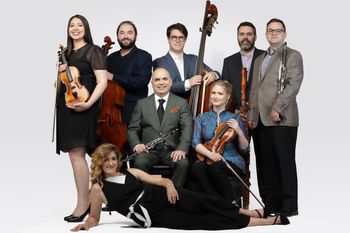 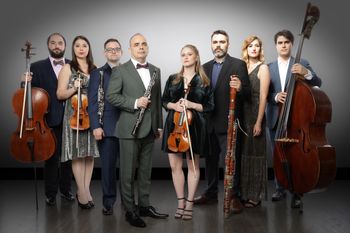 Frisson features the best and brightest of classical music's stars and the group showcases emerging young artists as well as seasoned professionals.  In just a few seasons the group has skyrocketed to become one of the leading classical music groups in the field.  The members of Frisson all have impressive biographies and many have performed at such prestigious venues as the Verbier Festival, Aspen Music Festival, Marlboro Festival, and Ravinia Festivals as well as in New York City at Carnegie Hall and Lincoln Center’s David Geffen Hall.  Many of the musicians are graduates of Carnegie Hall’s Ensemble Connect program which trains the best young musicians for a chamber music career.

Frisson is the rare group that does it all - the group expands and contracts into a variety of ensembles including quintets, sextets, and nonets, as well as a small chamber orchestra.  Frisson performs engaging programs for winds, piano trio and piano quartet programs, as well as popular programs featuring music by such composers as Gershwin and Piazzolla.   The ensemble performs in over 25 cities annually including appearances in such diverse venues as the Morgan Library and Museum in New York City, for the Da Camera Society in Los Angeles and at the Bermuda Festival. Frisson comes from the French word meaning “a shiver or a thrill, a sudden feeling of excitement.”

“An evening of musical perfection”